Popcorn sees a bird at home 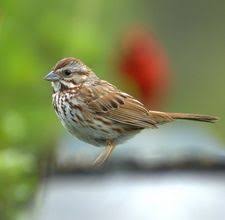 A sparrow flew into the living hall today and Popcorn was amazed. Eyes gazing at the miraculous flying object for the first time. She started hoping and jumping in circles like she was initiating friendship with the tiny sparrow. Wanti said to close the windows, but we all know that sparrows are not meant to be caged as they rather take their own lives than lose their freedom.  I wished I had videoed that scene :}

As the Lunar New Year is fast approaching, I decided to teach Popcorn a new trick. I called it Gong Xi Gong Xi. =) It is a combination of Up and Standing, done twice to the words. :) Pretty simple move. I was cracking my head trying to come up with an action that resembles this Chinese greeting that Popcorn hasn’t already learned. This combination of previous learned tricks and movements was the best I could come up with so far ;) Will make do with this for now.