This post is a record of the amount of time Popcorn took to eventually start eating her first fish kibble, until the time she finishes with most of her happy fish meal. The following experiment relies on the 15 minute hunger method, and is done without tasty food motivators like venison, brush tail, and chicken.

Pit Stop at the Food Bowl

and she ended her meal with a smiley in her bowl ❤ !

Just took Popcorn out to the board walk for a walk/run. :) Played chase around the Jacuzzi. haha. But too bad it started to rain. ☂ ϟ boohoo.

Here are some photos: 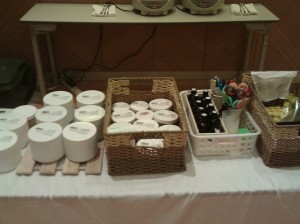 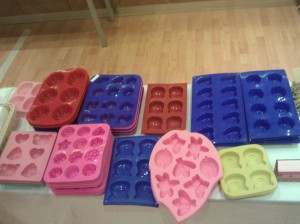 Chopping up the Soap Base 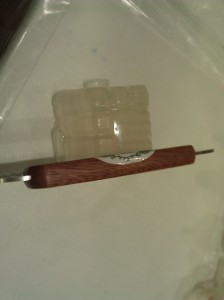 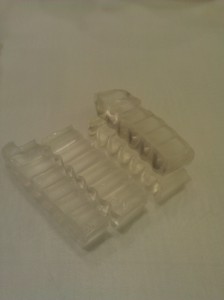 Chopped up soap base :D
Looking like ice cubes and jello yums ♥ 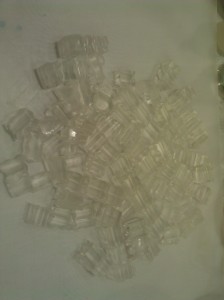 Melting the soap base

Molds that i chose :D 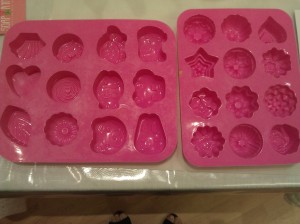 Poured into the Mold :D after mixing in soap base and lavender essential oil :) 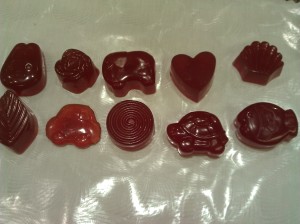 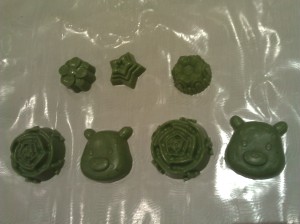 Pretty neat if you ask me ;) 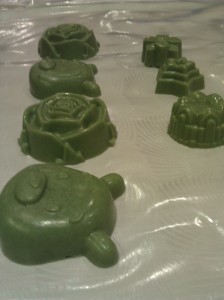 We came back home after a late dinner. :) Poppy was there waiting ♥ Wanti fed her dinner using the same 15 minute hunger method. But as expected, Poppy left most of it behind. It’s already 10.30 p.m. Lapse time of 2 hours from the moment the food was placed in front of her.

I placed one Acana kibble into Poppy’s mouth.

Then she ate it again.

She has been doing this for the last two days. It’s probably the case of her disliking the smell of fish, but realizing that the kibble doesn’t taste as bad (kinda like Durian, or Smelly Tofu for some people). :) Well, according to previous observations, once Poppy willingly eats a spat out kibble, she’s almost ready to approach the dish bowl head on. :D And sure enough she did just that. :)

Take a peek at the photos below :) 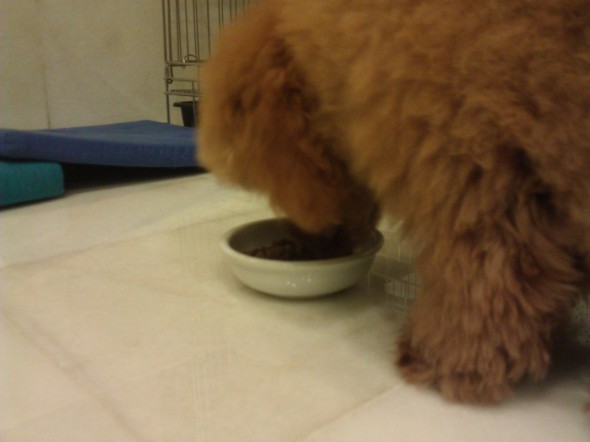 7 minutes later :D and this was what we got!

Hoping to lure her to finish her remaining kibbles,
i added some Acana to her food bowl

fish4dogs was still left behind :P

Anyhow, I’m still extremely proud of Poppy ❤ From being a puppy that detested any meal with fish (sometimes with, but mostly without tasty food motivators), i can almost say that Poppy emerged from the 15 minute hunger experience to become openly accepting of the fact that there’s no escaping Fish in this life. Yup Poppy, they’re really staying for good. =D